HHA HAS BEEN WORKING WITH NRP SINCE AT LEAST APRIL 2018

***9/30/2020: CITY OF HOUSTON PUBLISHES THIS NOTICE INDICATING ITS INTENT TO CONTINUE PURSUING THE EADO 800 DESPITE THE MANY ISSUES AND CONCERNS THAT STILL ARE NOT ADDRESSED.  PUBLIC COMMENT PERIOD ENDS OCTOBER 15, 2020 AT 5:00 PM.  PLEASE SEND IN YOUR COMMENTS BY THEN*** 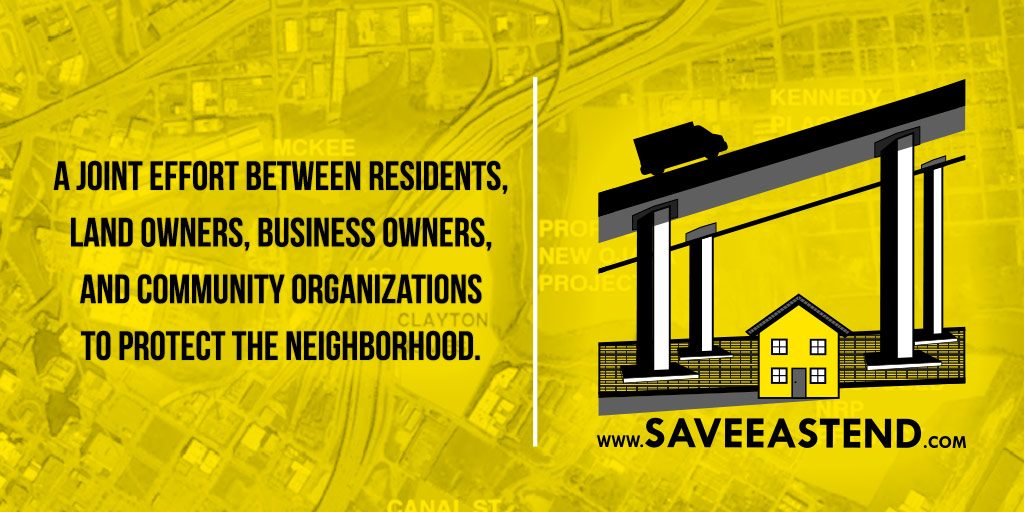 In the HBJ article released on June 17 Pinto’s attorney claims the toxic ash with confirmed levels of lead, arsenic and other contaminants above TCEQ thresholds on land that Pintoproposed to sell to the Housing Authority was just exposed to the environment a few months ago. Additionally, Pinto has been sending annual reports since 2017 claiming that the toxic ash is properly capped and that they are in compliance with the TCEQ. Contrary to the Pinto reports to the TCEQ, the truth is that the toxic ash has been exposed for at about 3 years as is evidenced by pictures obtained from Harris County Flood Control taken in October 2017 showing vertical walls about 30 foot tall of this toxic ash in direct contact with Buffalo Bayou. The Pinto reports to the TCEQ and statements by Pinto’s consultants and attorneys are all helping Pinto cram this problematic tract into the hands of the Houston Housing Authority as part of a $54.4 million sale. Fortunately, the TCEQ has opened up an investigation and Pinto has acknowledged that repairs need to be made to correct this situation from furthering the damage to the environment caused by these hazardous pollutants (ie lead, arsenic, etc..). The Houston Housing Authority has been concealing critical documents on the East End proposed projects for over 7 months after repeated open records requests where made.  However, finally they produced some documents after the Texas Attorney General ruled that they must produce documents.  Specifically, two new documents that were produced show just how generous the Houston Housing Authority (HHA) is to private for-profit developer NRP and Pinto East End, LLC (managed by Ernie Cockrell Jr) (or they totally got played for fools).

On August 5, 2019, the “Assignment Document” shows an assignment agreement where HHA agrees to take over NRP’s contract to purchase the problematic 28 acres from Pinto East End, LLC and agrees to reimburse NRP for their expenses as well.  Great move- NRP gets all their money back but can still be the developer with a $5.4 million developer fee secured plus undisclosed amounts of ownership and profits interests in the deal.   What a great deal for NRP!!! They don’t have to put any money at risk and will likely get over $10 million of developer fee and profits.

On October 1, 2019, HHA agreed to pay Pinto East End $1.5 million of non-refundable money to get an extension to extend the closing of the 28 acres for the NRP project (Eado 800) until December 13, 2019.   In other words, HHA gave $1.5 million to Ernie Cockrell Jr’s company in order to extend the closing 73 days from the Agreement.  You would assume that the HHA must have been very confident that they would be able to carry out this project and that they had everything ready.  However, the HHA had not even submitted an application to HUD to approve this project!!!  Is this purely reckless behavior?  Is Ernie Cockrell, Jr that good of a negotiator?  Or is something else going on?

The bigger question is- who does the HHA serve on this deal?  The future residents and taxpayers or the private (for-profit) developer, landowner and consultants benefitting from this? It is obvious why the HHA tried to conceal these documents.  What else are they hiding?

Of all the many problems with this deal, one really sticks out.  It is against HUD rules for the HHA to commit or incur funds prior to obtaining HUD approval.  You don’t have to look further than the Legal Notice notifying the public of this project published in the Chronicle on 4/14/2020.

Clip of Objection to HUD release of Funds 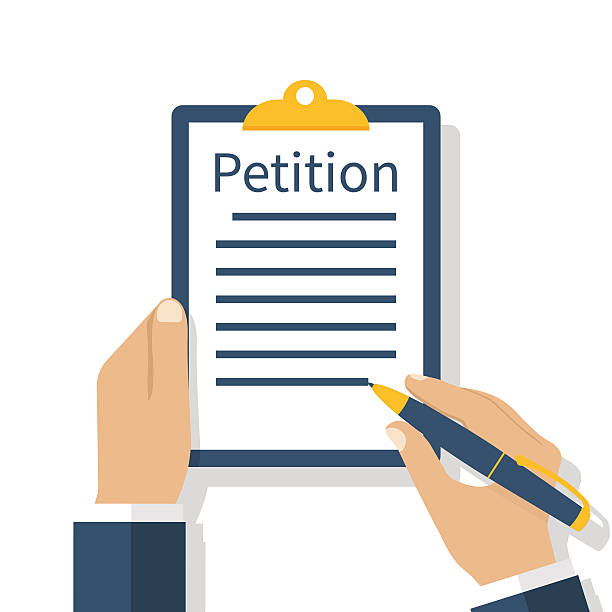 We will look to call another town hall meeting in 2-3 weeks to discuss.

MORE INFORMATION WILL BE POSTED AS  IT IS AVAILABLE.

PLEASE SIGN UP FOR EMAIL UPDATES BY SIGNING THE PETITION. (WATCH YOUR SPAM FILTERS)

The new I-69 bridges over Buffalo Bayou are going to be built next door to 85 low income apartments(moved from Clayton Homes) in the Ojala project.

We support low income housing for poor families,but don’t build these apartments next to a noisy highway (over 75dB, the sound of a vacuum cleaner) with air pollution raining down on tenants. Its against Federal Law.

Ojala plans to send the children from 600 new apartments to failed schools (Yates High School FAILED the past 7 years)–is that really going to help these children?

If Ojala builds this project nothing will prevent Ojala from selling the Project to someone else for a huge profit. And then you are stuck with a new neighbor you don’t know anything about. While your taxes pay for them to have free schools, police, fireman,hospital,and other services.

MORE INFORMATION WILL BE POSTED AS IT IS AVAILABLE.

PLEASE SIGN UP FOR EMAIL UPDATES BY SIGNING THE PETITION. (WATCH YOUR SPAM FILTERS)

HHA HAS BEEN WORKING WITH NRP SINCE AT LEAST APRIL 2018

DEVELOPERS ARE ASKING FOR PROPERTY TAX EXEMPTION NEEDED SO THAT THEY AVOID PAYING FOR SCHOOL, POLICE, FIRE, UTILITIES, ROADS AND OTHER CITY SERVICES

We have been advised that the president and CEO of the Houston Housing Authority, Tory Gunsolley, was fired yesterday.  Stay tuned as more information and details come out.

We have updated the map to include two new projects the Housing Authority is working on.

In particular, please note the following two projects that we did not know about.  There may likely be more in the pipeline that we do not know about given the HHA’s relentless thirst to take over this neighborhood:

Again, why does the HHA claim that they cannot find other sites to replace Clayton Homes and why do they insist on packing 1000+ units within a ½ mile of each other and continue to take hundreds of millions of property tax revenues away from our neighborhoods?

The same Developer that wants to build 400-800 units in our neighborhood, NRP, announces they are starting construction of 300 unit mixed income project in Hardy Yards right next to another affordable housing project. They will come attack our neighborhood next unless everyone that is opposed starts taking action. If you haven’t already, please send your opposition letter to info@saveeastend.com. Stay tuned for more updates and calls to action.

Timeline of HHA approval to acquire NRP tract, including 6 acres of contaminated land, is indicative of deliberate concealment and DECEPTION by the HHA

Timeline of HHA approval to acquire NRP tract, including 6 acres of contaminated land, is indicative of deliberate concealment and DECEPTION by the HHA

The purchase price of the 296 Clayton Homes units by TXDOT is confirmed- $90 Million.

Now the HHA proposes to give over $82 million of that to the Cockrell family for problematic land for the bad projects in addition to stealing millions of dollars of tax revenues from our community every year (which could easily cost over $150 million in a 75 year period).  All of this cost comes without one dollar being spent on construction of replacement units, so you need to add that to the cost of this crooked transaction.  You can use your imagination as to how much the total projects will cost.

For a link to the full TXDOT December 2019 Draft Community Impact Assessment, go to:

The court gave Houston Housing Authority an opportunity to rectify its violations of Texas Open Meetings Act after it issued the Temporary Restraining Order.

However, HHA continues to mislead the public in its efforts to force the acquisition of the two sites controlled by the Cockrell family, despite legitimate concerns.  Nevertheless, the HHA has admitted that it intends to purchase two tracts of land that the HHA knows are contaminated even though the HHA directors did not vote to acquire those tracts and even though HHA did not disclose this information in its board packets.  For this and other reasons the petition to the Court has been modified.  Among other things, the plaintiff is requesting that the Court prohibit the HHA from purchasing two tracts that the HHA already knows are contaminated.

Judge orders temporary restraining order (TRO) against the Houston Housing Authority for probable violations of the Texas Open Meetings Act by not giving proper notice to the public about its agenda and the projects it is voting on.  The TRO prohibits HHA to stop taking any further actions related to Ojala and NRP projects until December 3, 2019 at which point there will be another hearing.

This is another example of the lack of transparency that is being utilized by the Houston Housing Authority to try to slam these projects through without community input.

The Houston Housing Authority had a meeting yesterday at 3:00 PM. There were several new and old residents and business owners that very effectively voiced their opinions and concerns about these projects. We have heard many people want to get involved to help, and we are very grateful and encourage that as much as possible.

For now, we encourage everyone to continue to contact HHA, City Council (including physically going to city council meeting and making public comments), Mayor’s Office, HUD offices, State Representatives, Congressional representatives and other representatives regarding these projects.

THE TEXAS LEGISLATURE AMENDS LONG STANDING RESTRICTION DESIGNED TO PREVENT THE HOUSING AUTHORITY TO CONCENTRATE A DISPROPORTIONATE NUMBER OF LOW INCOME PROJECTS IN A SMALL AREA BY REQUIRING THAT LOW INCOME TAX CREDIT PROJECTS HAVE TO WAIT 2 YEARS TO APPLY WITHIN 2 MILES OF ANOTHER PROJECT THAT HAS BEEN APPROVED. SPECIFICALLY, THEY AMENDED SECTION 2306.6711(F) OF THE GOVERNMENT CODE. A LINK TO THIS AMENDMENT CAN BE FOUND HERE

THERE IS A LONG-STANDING REQUIREMENT OF TEXAS DEPARTMENT OF HOUSING AND COMMUNITY AFFAIRS (TDHCA) TO DISCLOSE RISKY SITE-SPECIFIC FACTORS ON PROPOSED LOW-INCOME TAX CREDIT DEALS SUCH AS NOT HAVING ACCESS TO ACCEPTABLE SCHOOLS. IT HAS COME TO OUR ATTENTION THAT THERE IS CURRENTLY A PROPOSAL FOR THE TDHCA TO “RELAX” THAT REQUIREMENT AND NOT HAVE TO DISCLOSE SCHOOLS THAT DO NOT HAVE ACCEPTABLE RATINGS. ALTHOUGH THE PUBLIC COMMENT PERIOD HAS CLOSED, MANY CONCERNED RESIDENTS WERE ABLE TO FILE PUBLIC COMMENTS AGAINST THE PROPOSED CHANGES. THE PROPOSED CHANGES CAN BE FOUND AT THE TDHCA WEBSITE AND ARE EMBEDDED IN THE PROPOSED QUALIFIED ALLOCATION PLAN AT 10 TEXAS ADMINISTRATIVE CODE (TAC) CHAPTER 11 AND PROPOSED MULTIFAMILY HOUSING REVENUE BOND RULE AT 10 TEXAS ADMINISTRATIVE CODE (TAC) CHAPTER 12